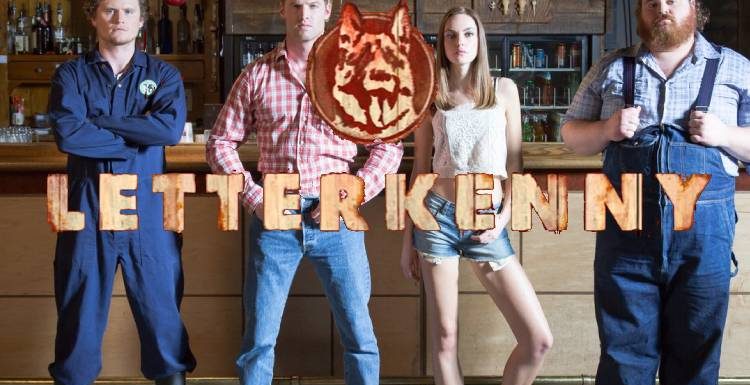 Hulu has quickly become one of the most popular streaming services globally. And with good reason!

Hulu offers an unbeatable selection of TV shows, movies, and documentaries. But what sets Hulu apart from the other streaming services is its unique selection of original programming.

In this blog post, we will look at the 20 best Hulu original series of all time. We will also include IMDb and Rotten Tomatoes ratings for each series.

The best one on the list of Hulu original series of all time for you is ‘McCartney 3,2,1′. It is mainly a collaboration of Sir Paul McCartney with Hulu for a 6-episode series. The show also follows the legendary singer-songwriter Paul McCartney himself.

He embarks on a three-year global tour throughout the show leading up to his landmark 50th anniversary in music. It also has interactive elements that allow viewers to explore different parts of the show in more depth.

Yet, it is a fantastic biographic documentary with a little something for melomaniacs as well.

Secondly, Dopesick by Danny Strong is a great example of a non-fiction TV series. Based on an enchanting novel, it tells the story of the opioid crisis in America. Yet, Strong does an excellent job of providing an overview of the issue without getting smudged down in detail.

He also provides suggestions for how to fix the problem and proves it as a resource for people watching. Plus, this original series will not make you feel far away from reality, and that’s the prime beauty of it.

Also Read: How to watch Hulu in Canada Easily

Next, we have a fascinating Hulu original for you, and that is ‘Only Murders in the Building.’ Moreover, this is a combo of not two, not three, not even four but five genres at a time. It has a little bit of everything, whether Comedy, Crime, Drama, Mystery, and Thriller.

Having said that, it’s the perfect binge at any time of the day. The plot revolves around three random people (Steve Martin, Martin Short, and Selena Gomez) obsessed with real crime. And soon, they get themselves trapped in one.

Eventually, as they rush to hold onto the growing evidence before it is too late, the trio realizes a killer may be residing among them.

Moving on, the Canadian sitcom ‘Letterkenny’ by Hulu should be your next stop. Basically, it is set in a tiny town in rural Ontario filled with “hicks, skids, hockey players, and Christians.” Also, they have their unique slang.

Soon after its release, the critics admired the movie. This is why it has been renewed multiple times, resulting in 10 seasons to this date. Yes, you read it right, ten seasons for you to binge all day long with your Hulu subscription.

Also Read: Where to Watch The Bear in Canada

We know you have been waiting for a romantic drama series too, and we will surely not disappoint you! Next on the list ‘Normal People‘ is a novel-based series about Connell and Marianne. They play their role as teenagers at a high school in County Sligo.

This romance-filled show serves as an insightful depiction of the thoughts and feelings of its characters. And it navigates its way through the complexities of love and sex in the teenage years and early twenties.

Connell and Marianne are total opposites of each other. This, in turn, provides a lover’s quarrel vibes and makes their relationship more interesting for the viewers.

The Handmaid’s Tale is an American wretched thriller TV series by Bruce Miller. And it bases on the 1985 novel of the same name by Margaret Atwood. Also, it stars Elisabeth Moss as the main lead.

This 5-season show is set in a near-future New England, in a totalitarian society where women are brutally oppressed. It narrates the story of a handmaid forced into sexual slavery to bear children for childless government officials.

“Wu-Tang: An American Saga” is an American drama TV series by RZA and Alex Tse. The biography is over the true story of the Wu-Tang Clan, a group of ten American rappers from New York.

In addition, it is the narrative of these black men divided between music and criminality. Later on, they finally emerged to become the most unlikely of great American successes. Hence, it has a lot of drama to keep you occupied and entertained.

Another best Hulu series for you is a historical one, The Great, which is as ahistorical as historical fiction can get.

The drama depicts Catherine the Great’s rise in 18th century Russia. Plus, it thrives in each of the unexpected twists that may or may not be founded on history.

Elevating some of history’s most renowned characters highlights how these characters are as human as anyone. The series also has a sharp wit and a lot of weirdness, mixing humor and drama in the perfect amounts.

The series stars Kristen Bell as the title character and a high school student. Throughout, she moonlights as a private investigator under the guidance of her father.

Veronica solves a different stand-alone case in each episode while working to solve Lilly’s murder.

Hence, every episode will keep you hooked, and you look forward to the next one. And of course, Kristen Bell’s monologue is always a feast!

On November 22, 1963, American president John F. Kennedy was killed in Dallas, Texas. 11.22.63 is a 2016 American science-fiction mystery mini-series over Stephen King’s novel of the same name.

The TV series is by J. J. Abrams’s Bad Robot Productions, and Warner Bros. Television, in association with Hulu.

It is an 8-episode show follows Jake Epping, a high school English teacher. During the show, he travels back in time to prevent the execution of John F. Kennedy.

Love, Victor tells the story of sixteen-year-old Victor starting to figure out his sexuality. Then, he falls in love with his best friend, beginning a secret relationship. But, when their relationship is exposed, Victor faces complex challenges.

Nevertheless, it is an honest portrayal of the struggles and joys that come with discovering your identity. Love, Victor is a must-watch for anyone looking for a beautifully pictured and moving film about young love.

The series follows a team of four aliens Yumyulack, Jesse, Korvo, and Terry. They are sent to Earth to take over the planet after their homeworld is destroyed.

Also, the four are forced to live in a family’s suburban home, disguising themselves as humans while they carry out their mission.

Further, we have another intimate and romantic TV show for you, ‘Looking for Alaska.’

Primarily, this American drama follows Miles “Pudge” Halter (Plummer), a high school student obsessed with last words. He also narrates his journey from his home in Florida to boarding school in Alabama.

Soon there, he meets Alaska Young (Froseth), and the two fall in love. Yet, their relationship’s tested by many obstacles and tragedies.

Taiki Waititi’s teen-comedy drama ‘Reservation Dogs‘ focuses on four teenagers who become vigilantes. But, for the most part, they dream of relocating to California. Besides, it is the first program to have an all-Indigenous cast.

The show takes a hilarious poke at Quentin Tarantino’s Reservoir Dogs with the way the kids behave. But it’s more focusing on their struggles. They desire to break free from the standards of their society to achieve greater ambitions.

The Act is a recent Hulu Original over the true story of Gypsy Blanchard and her mother, Dee Dee. Hence during the show, Gypsy tries to escape the toxic relationship with her possessive mother. Furthermore, it’s a crime drama/murder mystery keeping you absorbed from the beginning.

Also, the series is extremely well-done, with great acting and an interesting plot. It’s definitely worth a watch if you’re into murder mysteries or crime dramas.

PEN15 is a new Hulu series by and starring Anna Konkle and Maya Erskine. It is a coming-of-age story that sets in the year 2000. The show follows two 13-year-olds as they navigate the ups and downs of 8th grade.

In fact, the show also met with critical acclaim and praise for its realistic portrayal of teenage life. Hence, PEN15 is a great example of a show that bridges the gap between teen drama and adult comedy.

Thus, the critics praised the show for its nuanced approach to the Muslim-American experience. And it’s noted as one of the few shows on TV featuring a Muslim protagonist.

More importantly, the show doesn’t shy away from difficult topics like racism, Islamophobia, and sexism.

One more historical drama on the list for you is The Looming Tower, a ten-episode series. Specifically, it pictures the story of the events leading up to the September 11 terrorist attack.

Of course, everyone remembers the 9/11 attack, right? This show presents an in-depth exploration of it.

Last but not least, this Hulu Original series of all time was nominated for four primetime Emmy nominations. Honestly, it would make you feel as if you’re back in history when it happened.

At times, it might feel as though American history started with 9/11 or another tragedy from recent history.

In contrast, Mrs. America is powerful opposition to such views. Plus, it explains the background of the struggle to establish the Equal Rights Amendment (ERA).

What makes this show so special is that it offers an inside look at the politics and role of women in society. It’s also a perfect watch for anyone interested in feminism, politics, or relationships.

The last best Hulu original series of all time that we have put together for you is ‘Harlots.’ To a great degree, the British drama series tells the story of prostitution in 18th century England and its women. And it sets against the backdrop of the burgeoning feminist movement.

Further, the show’s applauded for its frank and unapologetic portrayal of sex work – and for giving a voice to the women who were often ignored in historical narratives.

But it has some graphic depiction of violence against women, which is simply not for the chicken-hearted. However, it’s a thriller worth every second for intense drama and mystery maniacs.